As our search for New York City’s hottest trainer speeds up, we’re moving to two profiles a day. Once you’ve gotten to know everyone, we’ll host a March Madness-style showdown in which you get to vote for your favorite. Let the games begin! 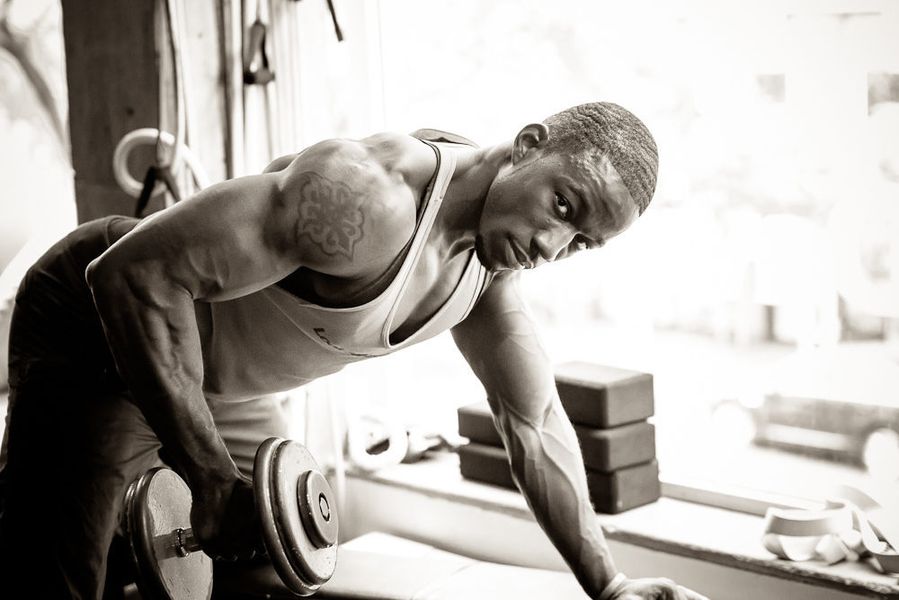 How cool is David Barton Gym trainer Terrence Walcott? Consider this: As a high school runner, he was embarrassed about a scar he had on his foot, so he wore a long soccer sock to cover it up. Pretty soon, all of his teammates were wearing the same socks. Even after he graduated, the sock tradition stuck around for years.

Terrence became a fitness pro after an injury got in the way of his sprinting. Trying to improve his own body, he realized that he wanted to help others. He’s been at David Barton, where he’s one of only five Specialist Trainers, for the past seven years. For him, the trick to being a good trainer is an in-depth understanding of biomechanics and physics. (So not only is he hot, but he’s smart too.)

Best of all, he won’t make you run laps. His most surprising piece of exercise advice: “Try your best to run as little as possible.” This may be related to another surprising fact from his bio: “I HATE running.”
· David Barton Gym [Official Site]
· @TIs4TRAIN [Twitter]